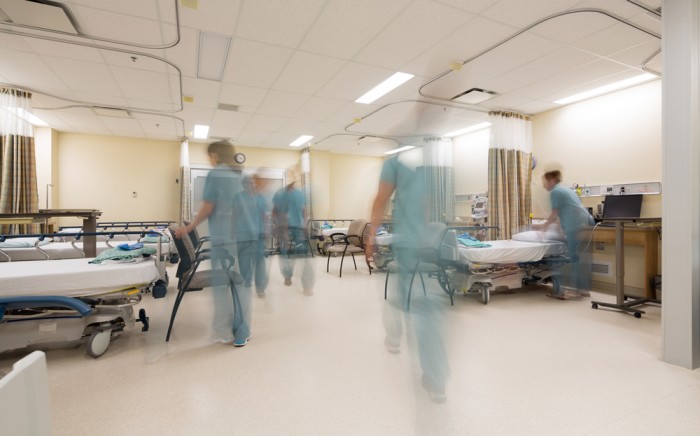 Laura Sutherland graduated from Curtin University in 2012. Here, she talks about her decision to pursue nursing as a mature age student and the career journey that has led her to Fiona Stanley Hospital.

I believe there are a number of keys to success on your career journey, so much more than just academic success. My chosen career is nursing and I came to it a bit later in life than most. As I approached 40 I was feeling a little uneasy about living the rest of my life regretting that I was too scared to follow my dream to become a nurse. Previously employment had always been about making enough money to fund my lifestyle instead of making moments to feed my soul.

Attending university as a mature aged student was very challenging. I was a single parent, had left school at the age of 15 and really had no idea what I was doing, other than becoming ‘a nurse.’ The saying ‘ignorance is bliss’ is most certainly true as I was blissfully unaware of what I was about to attempt.

I never wanted to be an academic. I wanted to be a nurse, but the only way of achieving this was to go to university. I didn’t know how to turn a computer on, let alone download APA referencing – I had no idea how to actually study or write an essay but, luckily, I am very stubborn and I don’t give up! The first six weeks I was extremely overwhelmed but soon realised there was so much support available at university that would assist me with all aspects of learning. I flourished and discovered so much about myself that I never knew and was secretly pleased with myself whenever I got good grades.

Getting ‘Stuck Into’ Practical Application

I tried so hard at the academic side of the course but I feel where I really shone was when I went on clinical practice. I still believe the nursing degree didn’t offer enough clinical practice opportunities to consolidate the theory with practical elements but I threw myself in with both feet. Now, I do understand how easy it is to be discouraged when on clinical practice: you are working shift work hours without pay, juggling family life, social life, work commitments and assignments all at the same time. It is also disheartening when others in your cohort get ‘better’ placements than you!

I firmly believe that it is my student clinical pracs which have directed my nursing journey. I worked hard to excel whilst on prac and involved myself as much as possible, always keeping busy and offering to help others wherever feasible, and basically got myself noticed as a hard worker. I was offered a clinical partnership with the one hospital and completed all of my pracs there. I treated every prac as an opportunity to learn, grow and shine. I was awarded an ‘Excellence in Clinical Practice’ award at the end of my degree and I was offered a graduate program on one of the wards I had worked on as a student.

I honestly believe it was my ‘can do’ attitude which made my transition from student to qualified clinician so smooth and easy. I had already made myself a good reputation.

It is now almost three years since I graduated and I am about to start a new position at Fiona Stanley Hospital. I got offered this job without the manager having ever met me based purely on word of mouth as others have praised me so highly. I have also recently had a consultant ask if he can put my name forward for another position he believes I would be great in.

I can’t quite believe my luck, but then it really isn’t luck as I have worked so very hard for this and it is all coming together nicely!

Reflections from the Ward – Laura Sutherland