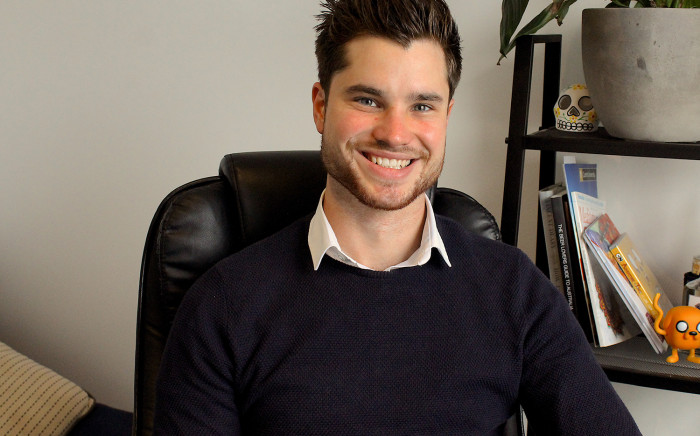 For some people, public speaking sparks nerves and panic; but for Curtin University student Aaron Burns, it’s a sort of meditative ritual he is quickly getting addicting to.

Aaron began focusing on his leadership and public speaking skills this year when he took on the role of Vice President of Public Relations for Curtin’s Toastmasters Club. Toastmasters is an international public speaking club with over 400,000 members worldwide, boasting many industry professionals from different sectors.

We had a chat with Aaron about the journey he’s been on, leading up to holding a top-level volunteer role for such a well known international club. He began by telling us that public speaking isn’t really as horrible as everyone thinks:

“It’s basically getting up in front of a group of people to talk about your ideas and what you’re going through. Every instance is a chance to practice and polish.”

Aaron’s passion for public speaking sparked when he enrolled in Curtin’s Business Law and Marketing double degree, after he made a quick change from his major in Psychology two and half years ago.

He was originally unclear about his professional future, but sought help from Curtin Careers, Employment & Leadership. From there he was able to develop a clear action plan on where he wanted to go with his career aspirations.

“My career path started very hazy, but now everything has fallen into place. It’s coming along really well.”

Aaron also tells us, he’s since completed some of Curtin’s Business School workshops and he’s learnt some valuable lessons that have helped guide his ambitions and careers focus.

“You learn to develop your personal brand and make that leap to start talking to people and networking; it’s the best way to learn about the industry.”

From listening to him speak, you can tell he’s very eager to get ahead and complete those extra-curricular activities, to make him stand out in the competitive talent pool.

“I’m hoping everything I do at uni will add up and help me be the best possible candidate.”

His role as Vice President of Public Relations for Curtin’s Toastmasters Club has been a strategic move he says, in helping him gain relevant industry experience that both aids his studies and will assist him in getting a job after graduation.

For Aaron, his responsibilities with Toastmasters is refreshing; it gives him a break from studies, due dates and stress.

“It’s that build up, that adrenaline and then that release once you do get up and do the speech. You get that round of applause at the end – it’s very therapeutic.”

He tells us he’s passionate about developing strong connections with Curtin University so that he can get the Toastmasters Club out there to students. He wants others to have the opportunity to build these skills and get this experience.

Looking forward, Aaron has intentions to keep his focus on building Curtin’s Toastmasters’ presence, but also to keep his options open to internships and graduate programs.

If you get into a panic over the thought of speaking in front of an audience, you can find out more about Curtin Toastmasters.

A reminder that Curtin Careers will be closed this Wednesday 26...

Leadership skills for the reluctant leader

Five reasons leadership skills are essential for every student