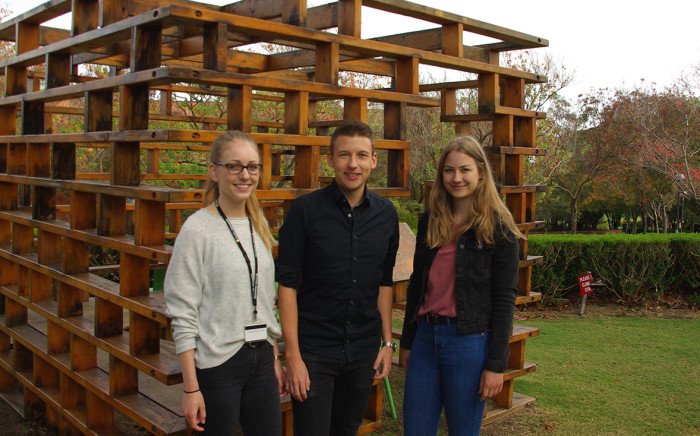 We don’t always know about what international exchange students have to consider when arriving in Australia to study for a semester – so we thought we would chase one down to get their viewpoint.

Tobias Feigl, an Engineering student not long arrived from a university in Germany, was our willing subject. Tobi has been in Perth for only four months, which is not long to try and get settled somewhere new before having to head off again.

We wanted to find out how he got used to things in such a short time, what was different about studying here compared to home, and what was the big idea for studying overseas in the first place.

Why study abroad?
Tobi believes that taking the plunge to study overseas is confidence building. You learn to stand on your own two feet.

“A semester abroad is a kind of a certificate; one that shows employers flexibility. Plus English skills become more and more important especially in the engineering industry […].”

Curtin University also has a partnership with Tobi’s university in Hamburg – so it was an easier choice. Given that Curtin has a range of partnerships, he could also see that there would be plenty of other students from all over the planet in the same boat. Plus, he can take units for credit that fit with his home town degree.

Since late February, Tobi has been doing a full-time load, including a unit in Machine Dynamics. This also seems to fit nicely with his interest in aeronautical engineering and future career plans.

What’s the big difference with studying in Oz?
Comparing studying in Australia with studying in Germany, Tobi says there are some key differences because of the whole degree structure and the use of technology. He really likes the fact that lectures are recorded for students to allow them to review content online and for those who are unable to attend the lectures.

Also, things seem to be a bit more relaxed here! The study workload differs from the workload in Germany, where he has to attend lectures from 8am to 4pm every weekday. But, the major difference is he has almost no assignments to complete.

Here in Perth, as we know, it’s a little bit different and much more autonomous. Tobi’s semester timetable included lectures only one day a week, from 8.00am to 8.00pm, but with lots of take home studies for the library or home.

“Through the assignments you are in continuous learning mode […].”

Tobi thinks that assignments are beneficial, plus having study breaks and exam prep time doesn’t exist back home. Back home he’d be finishing his last lecture on a Friday at 4.00pm and heading for his first exam the following Monday at 8.00am.

What’s it like settling in?
Tobi believes Australians are open-minded and interested in people from overseas, so it’s been easy to integrate into uni life at Curtin.

He took a while to get used to speaking English but, after four months in Perth, he now feels it’s easier for him to speak English than German. Understanding the different English accents and dialects, especially in the lectures, took him some time but in the end, he always got the context. Plus, there’s still iLecture to play back!

Staying in student housing has made it a lot easier to get in contact with other students and make new friends. And, now that Tobi’s comfortable with living in Australia, there are still some things he misses here sometimes – particularly German food!

Any advice for students thinking of exchange programs?
Before flying to Australia, Tobi did his online research on both Curtin and Perth. He recommends that overseas students connect with any connected Facebook groups, and to be open to other cultures and ready to embrace a new experience.

What’s next?
Tobi’s future plans don’t exclude the thought of living and working in Australia or another country as an Aeronautical Engineer. But, before that happens, he’s aiming to do a Master’s degree in International Industrial Engineering.

Once the semester is over – with exams completed – he’s off to Brisbane on another short jaunt. Tobi will have three months to get used to another Aussie accent over there and then he’s off home to finish his undergrad.

We wish him all the best and Auf Wiedersehen! And, because we love different cultures and like to make people feel at home, we will leave him with something to whet his appetite.

This article was written by Career Development and Employability students Inga Prenger and Liane Dickmann, who are participating in a university work experience internship from Germany.

Also, if you are interested in studying somewhere different for a short time see Curtin Study Abroad and Exchange.