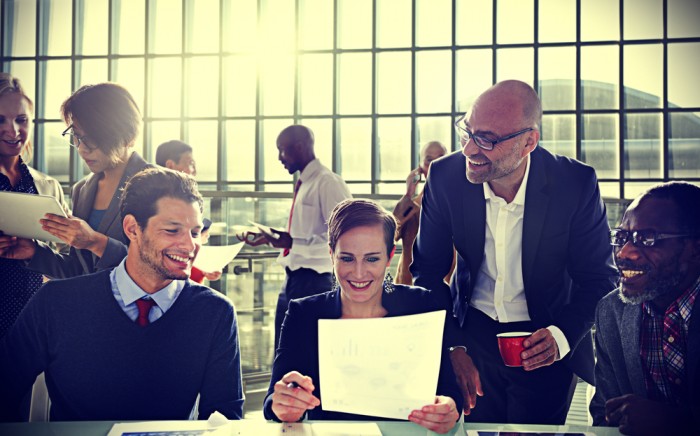 As an “on-track-to-be-a-graduate” – which means everybody who is sticking with it at university by the way – keeping up with who’s employing who, and where and when their jobs are opening, is not a bad idea. In fact, I’d say it’s essential.

It doesn’t matter if you’re in your final year or not – the sooner you take notice of potential employers and industries, the better. If you are interested in your studies, investing some time and energy to find out where they might take you – in the not so distant future-  is a pretty important consideration.

Not everybody is going to apply for those graduate programs at big companies you see advertised on places like UniHub, but knowing that these opportunities exist at least gives you the option of working out if they’re something that fit you and your desired field.

The end of February through to April is the biggest recruitment and marketing time for larger organisations to put their feelers out to attract would-be grads entering their final year. They might also open up their recruitment to penultimate students for their vacation work programs during this time, so it pays to be vigilant.

Why do they recruit so early?
You might think that accepting applications for jobs in February that don’t start until the following January is too early. You’re just starting the new semester after all!

However, it’s important to remember that some companies receive literally hundreds, if not thousands, of applications for their vacancies each intake. The application process works through a number of stages, processing so many candidates for sometimes multiple roles, so it takes many months to complete.

Besides, doing it this way also tests out which candidates are best at juggling their time, are driven, and are thinking ahead. Especially since this is around the time when first assignments might be due.

In other words, focused multitaskers are the ones they’re after.

Who’s recruiting?
While it’s true that many organisations target IT, Engineering and Commerce students for these types of roles, many are also on the lookout for students from other specific degrees, or are perhaps willing to consider applicants from any degree discipline – such as with the public sector and the “Big 4”.

Along with knowing which organisation is looking for which disciplines, you might also want to turn the tables a little.  Take the time to find out which organisations any recent graduates regard as being the best employers to work for, and have a think about what kind of working environment might suit you best.

There are a number of resources that can help keep you up to speed with who’s who as a good employer:

Have time on your side
It takes a lot of time and energy putting together effective applications for competitive graduate programs but, if you start out early in your studies, you can get to know not just who’s recruiting but also if you think that you’d be a good fit for what they do.

If you admire what they’re about, they are far more likely to think the same about you.

And that explains why we host the Curtin Careers Fair early in first semester each year! This year’s Fair is on 11am to 2pm, Wednesday 13 March at Curtin Stadium. Come along to explore your options, build you industry connections and put your career plans into action!